Are we finally looking at a cycling revolution in London? - Impact Hub Islington

Are we finally looking at a cycling revolution in London?

In March 2013, Boris Johnson appointed Andrew Gilligan as London’s Cycling Commissioner and launched “The Mayor’s Vision for Cycling in London”, a document outlining plans for £1 billion of improvements to make cycling safer and easier in London, and improve air pollution and inner city congestion. Specific plans include construction of a 15 mile “Crossrail for bikes” running from the West London suburbs into East London, ‘quiet lanes’ for commuters in backstreets, more segregated bike lanes and limitations on HGV movements in the capital. But in these times of acute austerity, are the investment plans realistic? And with 14 cycling deaths in London last year and two already this year, are the plans ambitious enough to entice more commuters to ditch their Oyster Cards and hop on their hybrids? 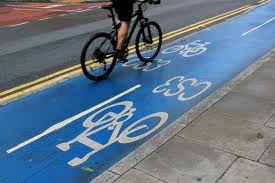 Join us to discuss the ambitious new proposals with motoring journalist Dan Trent, cycling journalist Julian Sayarer and GLA ‘cycling czar’ Andrew Gilligan. After the event we invite you to stay on for drinks at the HUB until 9pm, before moving on to a nearby bar. 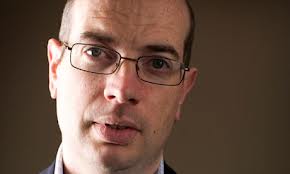 Andrew Gilligan was born in London and educated at Grey Court School, Richmond, Kingston College of Further Education and Cambridge University. As a journalist he has worked for the London Evening Standard, Channel 4, the Today Programme and The Spectator. He works part time as a reporter for the Daily and Sunday Telegraph newspapers. Andrew has won various awards for his journalism, including Journalist of the Year at the British Press Awards. As a journalist and blogger, Andrew has written extensively about the need for improved cycle facilities. He devised and launched the Evening Standard’s 2007 ‘Safer Cycling’ campaign. In March this year, the Mayor of London, Boris Johnson, appointed him as the first ever Cycling Commissioner for London.

Dan is Editor of Pistonheads, the UK’s biggest motoring website and online community, as well as being a keen cyclist; he recently wrote about his double love for cars and bikes in his Guardian article ‘There is no war between motorists and cyclists. Dan can be reached at @trent_dan

Julian is an author and journalist who travels regularly by bicycle, and has written from roadsides around the world. In 2009 he broke the world record for a circumnavigation by bicycle, and describes his writing as politics at 12mph. He blogs at thisisnotforcharity.com, recently posting about London’s first Drive to Work Day, and his first book ‘Cycles’ is due out in 2014. Julian can be reached @julian_sayarer

Sign the E-Petition asking the Government to promote cycling by implementing the recommendations in the ‘Get Britain Cycling’ report.

This event is a HUB Eco Series initiative. Contact the coordinators via @hubecoseries / [email protected] with any questions or ideas.

Sponsor:
Our concessions tickets are very generously sponsored by the Stolen-Bikes website; a free online community where you can report stolen bikes and help others find theirs. Please visit their website to learn about bike security and assist them with reuniting missing London bikes with their owners.

We’re delighted to be media partnering with A greener life, a greener world for this events series.

At the HUB Islington, just behind Angel tube which is served by the Northern Line and numerous buses.

The HUB Eco Series is an event series creating positive debate around the key national and international environmental issues of our time; join our Twitter and Facebook communities to hear about events as they arise. Our events are hosted by HUB Islington, the original HUB in a converted warehouse in Angel where it all began. The HUB is a global movement of 4,000 social entrepreneurs and innovative start-ups based in 30 co-working spaces across the world.