The Burning Question: Why are we failing to solve climate change? - Impact Hub Islington

The Burning Question: Why are we failing to solve climate change?

Why are global carbon emissions not just rising but accelerating? And why aren’t low-carbon power sources, increasing energy efficiency, voluntary carbon cuts and even slowing population growth having any effect? Based on the new book The Burning Question, Guardian journalist and UCL researcher Duncan Clark tackles these and other questions to shine a clarifying new light on the biggest issue of our era. He explains why our current approaches aren’t working and what solving climate change will really take: leaving fossil fuel reserves worth tens of trillions of dollars in the ground. Can it be done? And who can do what to make it happen?

Join us for an evening of conversation about the new book The Big Question with author Duncan Clark, facilitated by Andy Hix of Hix Media. After the event we invite you to stay on for drinks at the HUB until 9pm, before moving on to a nearby bar. 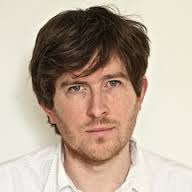 Duncan Clark is a writer and consultant editor on the Guardian environment desk, co-founder of digital journalism company Kiln and a honorary research associate at the UCL Energy Institute. He helped establish environment charities Cool Earth and 10:10 and has written or edited many books on climate change and related topics. His new book – co authored with Mike Berners-Lee – is The Burning Question, described by Al Gore as “Fascinating, important and highly recommended”. He can be reached @theduncanclark

This event is a joint initiative between Hix Media and HUB Eco Series.  Contact the coordinators via @hubecoseries / [email protected] with any questions or ideas.

At the HUB Islington, just behind Angel tube which is served by the Northern Line and numerous buses.

HixMedia specialises in helping charities and social enterprises explain what they do and show their impact through online video. Previous clients have included WWF, Green Traveller and the Department of Energy and Climate Change. HixMedia was set up by Andy Hix. Apart from film making, his passion is sustainability and the environment. He has previously worked as an environmental manager and for the energy saving campaign Student Switch Off, for whom he created a series of videos featuring ‘the Eco-Power Ranger‘. Andy can be reached via @AndyHix.

The HUB Eco Series is an event series creating positive debate around the key national and international environmental issues of our time. Our events are hosted by HUB Islington, the original HUB in a converted warehouse in Angel where it all began.  Join our Twitter and Facebook communities to hear about events as they arise. The HUB is a global movement of 4,000 social entrepreneurs and innovative start-ups based in 30 coworking spaces across the world.

The HUB Eco Series is delighted to be media partnering with A greener life, a greener world for this events series.